This post contains affiliate links which provides us a commission at no extra cost to you.
Read the full disclosure here.

The most sold alcoholic drink in the world is beer. It is the third most consumed liquid in the world after water and tea. The ubiquitous drink never ceases to surprise people with newer versions every year. Each brand brews beer in its own style giving the beverage distinct flavor and taste. You might have wondered how to make beer while sipping every drop with admiration.

The home brewing of beer is a trend that is catching up with people worldwide. There are even small brands that sell home-brewed beer. Making beer at home is a fairly easy process. You just have to follow the steps diligently to bring out that sour, grainy, and heady taste.

But first, let me make you familiar with some of the basics of beer.

There are few other types of beer that are unique to a particular country. Beers like German Bock, Porter, Stout, Belgian Style-Ale, Wheat Beer, Wild Ale, and Sour Ale are made employing different recipes and processing methods. The environment and weather also gives distinct flavor and taste.

Whatever the beer types or forms, ingredients used to make the beer also give them distinct taste and exclusiveness. Hence, it is important to know more about these ingredients.

All types of beers employ five key ingredients in manufacturing beer. These ingredients play different roles in fermentation and processing giving a unique identity to each beer. The following are the ingredients and the role they play in making beer irresistible.

Water is an essential part of any beverage and beer is no exception to that. Beer contains up to 95% of water in it so it is very important you give attention to the water you use in brewing beer. It should be devoid of any impurities or colloidal matter since they may affect the final product. Also, choosing the source of water would bring different texture and taste to the beer.

Yeast is the ingredient that makes a beer beer. Yeast is made up of a single cell. It consumes sugar and turns it into alcohol and carbon dioxide through the process called fermentation. Choosing quality yeast would increase the potency of the beer.

You can use any type of grain to make beer. Wheat, rice, corn, and sorghum are some of the grains used in preparing beer. But the most common grain is barley. You can use either only one grain or a mix of grains to prepare beer. If you are brewing beer with an all-grain method, you should buy grains in the whole form. The extract method uses malt, which contains sugar and soluble starch ready for fermentation.

Hops are the ingredients that give a beer distinct aroma and flavor. They act as bacterial inhibitors and nullify the effect of sweetness remaining after the fermentation process. Hops come in different types and each one induces unique flavor to the beer.

Malt extract is the ingredient that has been extracted from grain. It comes in thick liquid form and generally in dark brown in color. You use the malt extract instead of grains, which save a lot of time and energy.

Essentially, there are two brewing methods prescribed for home-brewers – All Grain method and Extract Method.

In the extract method, you wouldn’t mash the grain since the process has already been completed and the processed grains are packed in liquid or dry malt form. You can directly use the ingredients to make beer.

These are easily available from different brands as well as capacity and price. Let’s briefly look into each one of them.

It is a large vessel where you collect your wort for fermentation. The most common types are conical fermenters, carboys, and demijohns.

It helps in cooling down the wort using plate, immersion or counterflow chillers.

Hydrometers are used in measuring the sugar density and alcohol percentage of the wort.

You use the thermometer to measure the temperature during the brewing process.

It is the heat source. There are different types of burners available in the market like a gas burner, electric burner, and propane burner.

This is the equipment where all the action takes place. You use a brew kettle to boil the wort.

It is used to siphon the finished product from the brew kettle.

Used for cleaning any debris before and after finishing the process.

Sanitizers are used to kill any microbes or microorganisms before and after the brewing process is completed.

Now that you have got accustomed to a few things about beer and the process of brewing, it’s time for action. Though there is no exact time frame for brewing since there are a lot of variables involved, the process takes anywhere between 3 to 5 hours.

You should clean and sanitize every tool and equipment you use for the process of brewing. If proper care is not taken in cleaning the equipment, you might find anomalies in the finished product. Select any good sanitizer or cleaning agent from the market to clean your equipment.

Crush the grains carefully using a freezer bag or a cloth. You should beat or roll the grains until you get a coarse texture. You can even get a malt mill specifically used to perform such task.

The next step is to pour water in the brew kettle and heat it with the help of burners. You should make sure that the temperature marker stays at 170 degrees on the thermometer. You should use a burner, which spreads the heat uniformly so that the temperature remains the same throughout the process. Make sure that you pour enough water to make 5 gallons of beer to make the process feasible and worthwhile for your effort.

Steeping is a process where you clean and extract flavor from the grains. For this, you should fill muslin or a clean jute bag with grains and steep it into the hot water like a teabag. You should leave the bag in the kettle for half an hour and stir it occasionally. Once the clock ticks 30 minutes remove the bag and rinse it with clean water over the kettle. This process ensures all the goodness is extracted from the grains with its flavor and taste.

Now the mixture you have in the brew kettle is called wort. Wort is an unfermented beer. Once it goes through the process of fermentation, it turns into beer. For that, you have to bring the mixture to the boil. Fire up the burner and give a steady heat from the bottom so that the heat spreads evenly and the mixture starts boiling at a uniform rate. Make sure that you don’t give so much fire that the mixture boils over.

DMS or Dimethyl Sulfide is a by-product of the fermentation process. You get it when you cook or boil the grains. Removing DMS is important since it affects the taste and flavor of the finished product. Adding hops and Whirlfloc tablets would remove DMS.

Put the hops in a muslin bag and tie it on the top. Immerse the bag in the boiling mixture for 90 minutes. Just when the clock hits 15 min, add the Whirlfloc tablet into the mixture. Boiling hops for 90 minutes remove 80% of DMS and the Whirlfloc tablets make sure the beer is properly sanitized. Make sure you keep the lid off the kettle to facilitate the DMS to escape.

After boiling the wort for precisely 90 minutes, turn off the burner and allow the wort to cool. You can either let the wort cool on its own or use a wort chiller for quick cooling. Though a wort chiller is an added accessory, it helps in cooling the wort fast and saves time. If you can afford it you should buy one, otherwise, make sure that you cool the wort as fast as you can. Cooling the wort quickly allows you to remove DMS effectively. If you keep the wort hot for a longer duration, the DMS content in the wort would increase.

Once the wort is cooled down, transfer it to a large fermenter. Make sure the fermenter has enough room for the wort to go through the fermentation process without much internal pressure.

Measure the initial gravity using a hydrometer. This gives an idea about how much sugar has been reduced in the wort. Reduction in sugar indicates that the fermentation process is on the right path. Measuring initial gravity also provides you information about alcohol by volume. This lets you know the amount of alcohol present in the beer. Measuring the gravity daily would give an idea as to how much sugar is being converted into alcohol.

12. Allowing the Wort to Ferment

Once the fermentation process stops, measure the final reading of gravity with a hydrometer. This gives you an idea about how much alcohol is present in the finished product. Lower the reading of final gravity, higher the flavor and taste.

Now that you have beer in your hand, you should spice it up a little by carbonating the beer. Carbonating is done by adding 3 to 4 ounces of corn sugar mixed in 2 to 3 cups of water. Pour the liquid in the beer and let it rest for another week.

The final step is storing the beer. You can store the beer in either kegs or bottles. Both methods have their pros and cons. Kegging is a costly procedure but it helps in maintaining the flavor and taste for a longer duration. Bottling costs less but you have to be careful since they may break easily. Choose the packaging method according to your convenience.

I think that the doubts and confusions surrounding the question of how to make beer at home have been answered convincingly. Having beer with your friends in a bar or a pub brings a lot of energy and satisfaction. Imagine preparing the beer on your own and sharing it with your friends.

How satisfying would it be?

You only have to make sure that you have perfect equipment and ingredients to become an expert brewer. So don’t wait too long and get to brewing.

My name is Mike Juba and I've been home brewing beer for several years now, while building beer taste buds for many years more. I hope that through my beer brewing experiences and testing products helps you to choose the best for your beer craft journey. Cheers! Labels can be difficult to remove from bottles. Not only do labels tend to leave adhesive behind, but they can be hard and time-consuming to peel off. Thankfully, there are a few quick and easy ways to remove the label no matter the shape of your bottle or its label. There are three main types… You’ve long been awaiting your homebrew after brewing and fermentation and now you want to bottle your beer and let it carbonate. As with most steps in homebrewing, these must be followed accurately to make sure you have the best tasting beer possible. For some, bottling beer can take a lot of time and and… 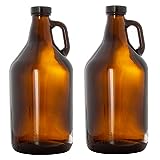 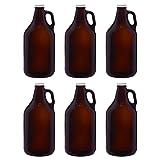 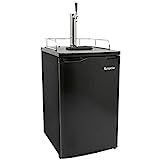 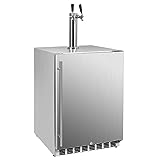 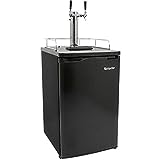